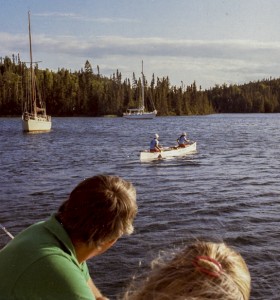 Our younger selves paddling across Canada in 1983

On Saturday August 8th, The Voyageurs’ Lodge and Cookhouse had their 5th Annual “Art on the Bay” festival. This event celebrates local Algoma artisans selling their pottery, paintings, books, jewelry, weaving, cedarstrip canoes in an open air market. The McGuffins were featured under the Lake Superior Author’s Tent signing copies of their books and discussing their upcoming TVO Group of Seven film.  They had the pleasure of meeting Audrey and Wayne Lee who presented them with a package of photos taken near Thunder Bay in 1983 when they were paddling across Canada. What a great event and such a special surprise. Thank you so much! 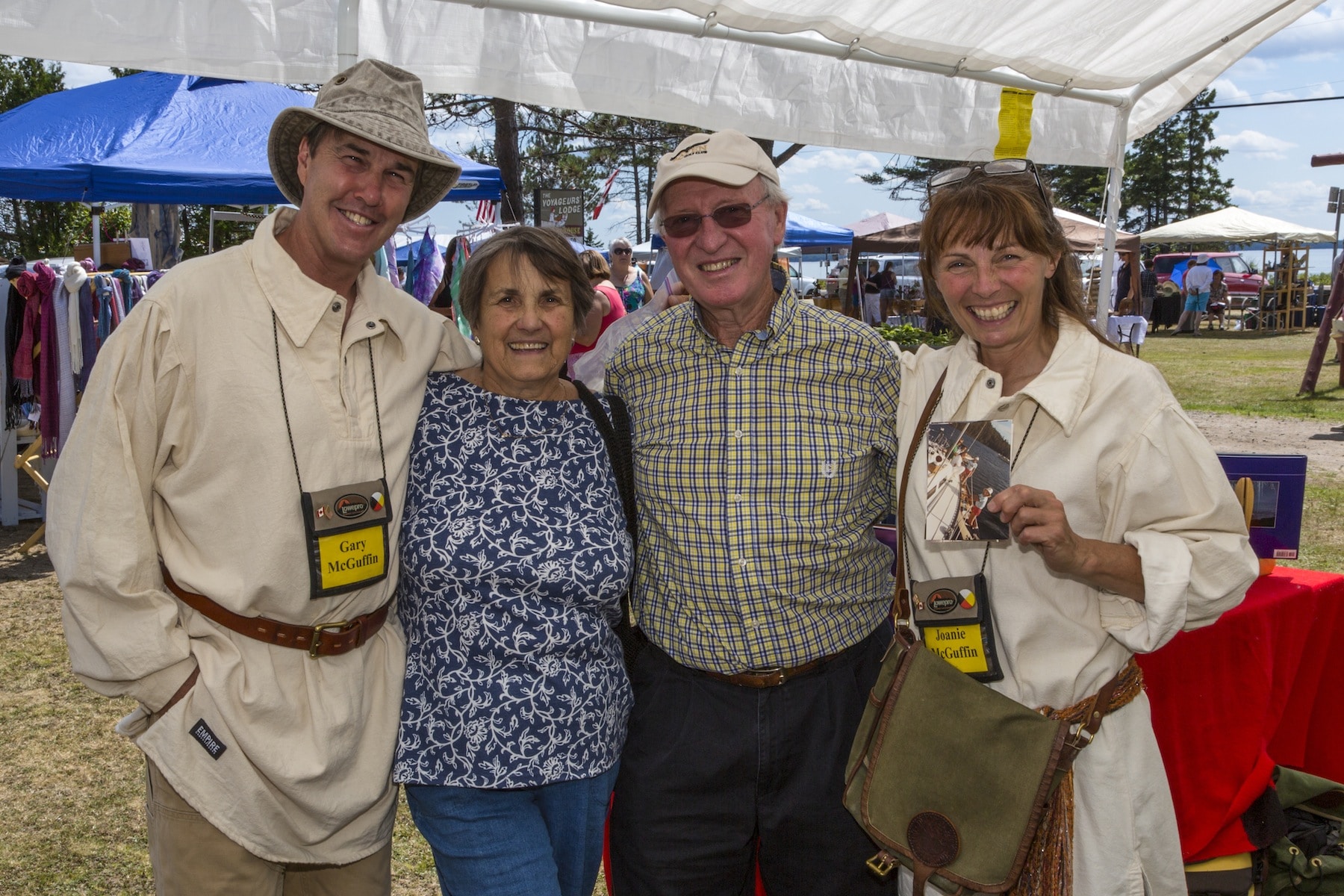 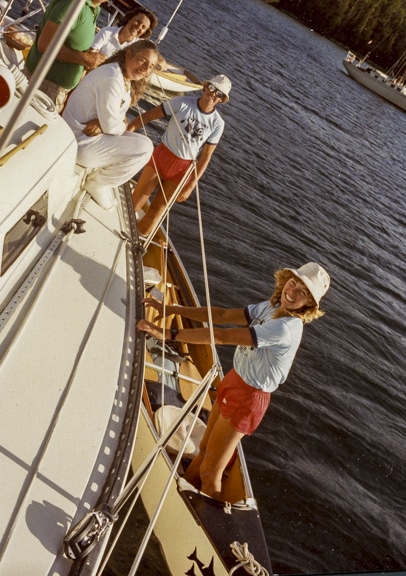 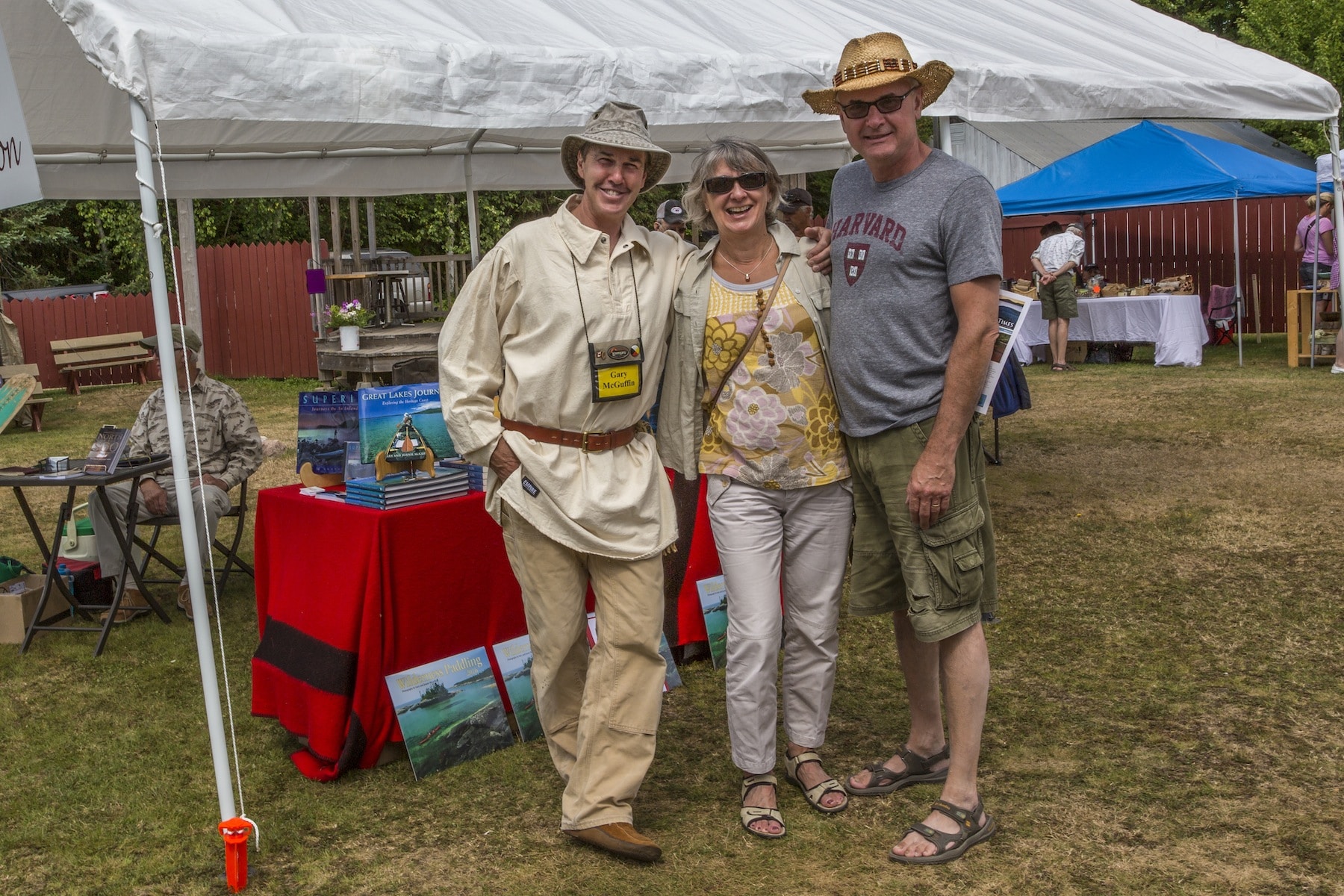 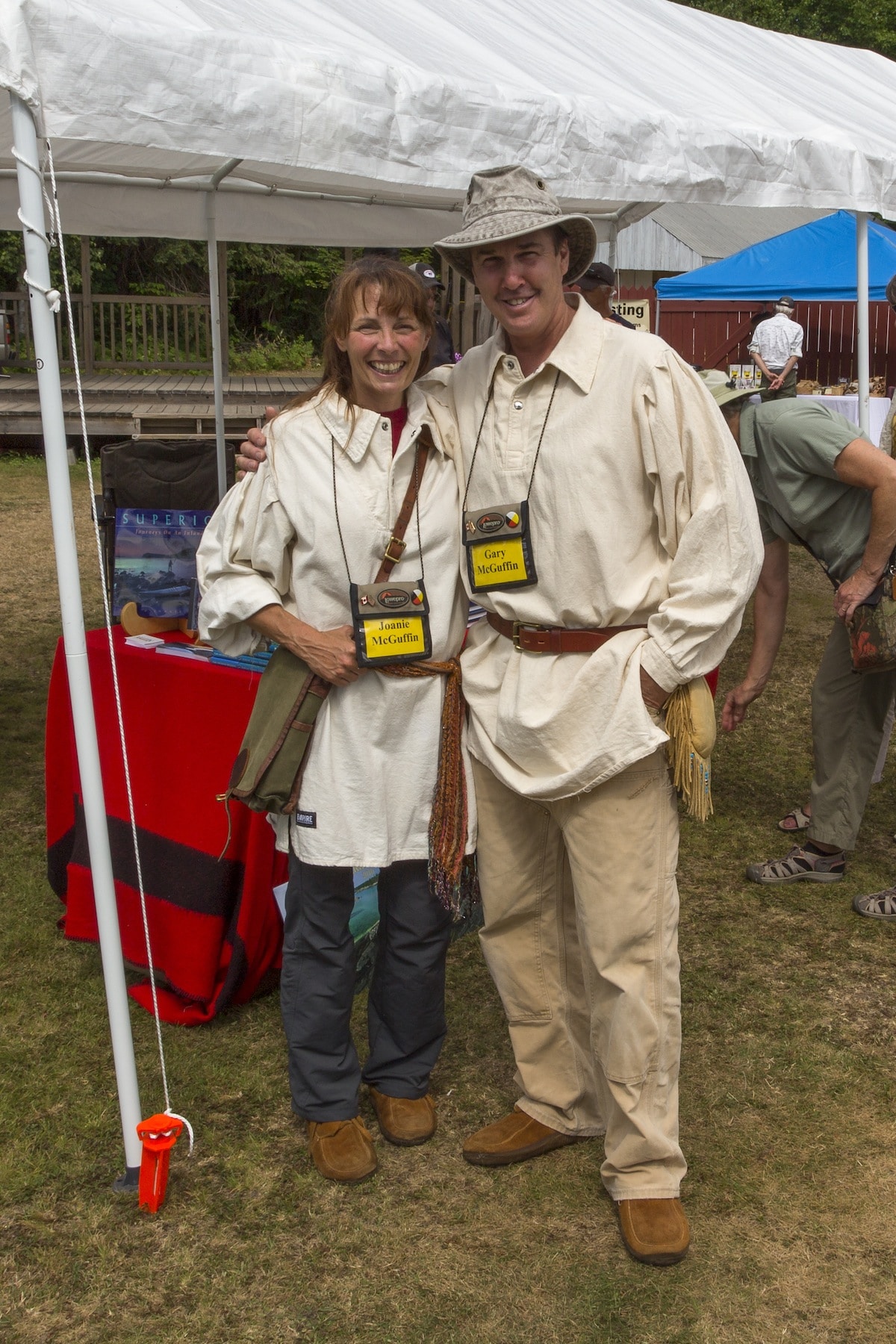